The 7 best cars from the James Bond

Bond films always consist of the most popular and spectacular actors, catchy soundtrack with a wonderful plot. Moreover, the secret agent is always armed with many different lotions and, of course, a special luxury, bond car. A stylish car is an integral attribute of the legendary agents of the Majesty’s Secret Service, without which almost none of their missions are processed. The appearance of this or that car in the James Bond movie immediately turned it into a cult supercar, and automakers fought for the right to have their car appear in this franchise.

In October, a new bond film finally has been released in the cinemas – “No Time to Die” with Daniel Craig in the title role, driving the brilliant Aston Martin Valhalla. In this regard, we decided to tell you about the coolest and most outstanding previous cars of the special agent! 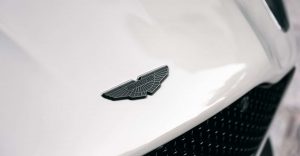 The Aston Martin DB10 is an exclusive limited edition sports car especially for the filming of the 24th James Bond film “Spectre”. A total of 10 cars were produced, but after filming, only three of them survived – the rest were broken during stunts. One of the surviving cars in 2016 was sold at auction for almost $ 3.5 million.

With its athletic appearance and unique equipment, it personifies Mr. Bond himself. The magnificent exotic car is built on the platform of the V8 Vantage but has a longer wheelbase and wider track. The power of the 4.7-liter engine with 500 hp, exterior elements and stylistic features of the new Daniel Craig’s car leaves no doubt about the choice!

In the 1995 film GoldenEye, BMW becomes the official car supplier for James Bond. The car was generously equipped with all possible gadgets, but t did not have any special characteristics – the authors of the tape tried to surprise the viewer with the beauty of the body itself and the power of the BMW engine. However, this was enough, because the sales of this model jumped after the release of the movie!

Perhaps the most recognizable James Bond’s car is the Aston Martin DB5, which first appeared in Goldfinger and later appeared in several other films (Tomorrow Never Dies 1997, Casino Royale 2006 and Skyfall 2012). The car became so popular that several modern versions of sports cars were released in collaboration with the film company.

In the film, the Aston Martin DB5 is equipped with retractable knives, an oil spray system, machine guns, and auto-changing license plates to go unnoticed.

A separate place in our rating is occupied by a car from the Japanese car industry! Toyota 2000GT, a model that appeared in the fifth episode of the bond franchise – “You Only Live Twice.” And it is not casual, at that time the model held the title of the fastest sports car in Japan for some time.

This is the first Bond car that the British special agent never got behind the wheel of – a colleague from Japanese intelligence helped him to drive this sports car. The Toyota GT 2000 was produced for only three years and today is considered the most expensive collection car of this concern.

The 1985 Aston Martin V8 is a car from the movie starring Timothy Dalton as an agent – “The Living Daylights” 1987. The car was equipped no worse than the previous DB5 model: it had a control panel for operating lasers and missiles to destroy opponents, as well as spiked tires and retractable skis! In the new James Bond movie “No time to die” we will have an opportunity to see the classic again because Aston Martin V8 is going to stay in James Bond’s garage one more time.

As for the real model, it was called “the first British supercar”! The car is equipped with a 390-horsepower engine, which allowed the car to accelerate to 100 km in 5.3 seconds and travel at a speed of over 270 km per hour.

Lotus Esprit was featured in two James Bond films, 1977’s The Spy Who Loved Me and 1980’s For Your Eyes Only. In the first film, it was a 1976 Lotus Esprit, which turned into a submarine that fired torpedoes and missiles, and was also endowed with a smokescreen. In the second film, Bond drove as many as two Lotus Esprit Turbo – white and red. Bond’s car this time was equipped with vibration sensors, magnetic door locks, and a self-destruct system.

Interesting fact: 35 years after the filming of the film, the British sports car was bought by the head of Tesla, Elon Musk, who paid one million dollars for the car.

We also want to note the American auto industry, whose car was presented in the movie “Diamonds Are Forever”. Sean Connery returned to the role of British secret service agent, where they with his partner Tiffany Keyes boldly were driving around Las Vegas, trying to escape from the authorities on a chic American muscle car. Powered by a 7.0-liter Super Cobra Jet Mach 1 engine, it produced 375 horsepower.

Interesting fact: Ford provided the filmmakers with an unlimited number of cars in terms of product placement agreement. Almost all of them were destroyed.

We have shown you only several of all James Bond cars collection, but one of the best! Worth mentioning would be such luxury cars as AMC Hornet, Jaguar Xkr, and Aston Martin Vanquish.

-What are Your Top-7 Bond Cars? Do you agree with our list?

-Write your thoughts in the comment section, we would love to hear your opinion and discuss it

The author behind the articles on DRIVAR® is founder and managing director, Phillipp. He possesses years of industry experience, has founded the Germany-wide sports car rental company Motion Drive® in 2009, and is the creative mind behind the car-sharing marketplace DRIVAR® from 2017. Phillipp has been actively involved in motorsport since he was a child and is also a sports car enthusiast in his private life.