Tesla Motors is an automobile company founded in 2003 by two investors and first Tesla owners – Martin Eberhard and Marc Tarpenning, and it is focused on the production of premium sports electric vehicles! The headquarters are located in Silicon Valley near the city of San Francisco. The company is named after the world-famous electrical engineer Nikola Tesla. It was the AC induction motor, patented by Nikola Tesla in 1888, that formed the basis for the design of power units installed on Tesla electric cars. The main motto of the company, voiced by Martin Eberhard, remains relevant to this day: “Our goal is to create an automobile company with a focus on software technology, new electric motors and batteries.”

Elon Musk joined the company a few months later in 2014, investing $ 6.5 million in development, which was the largest investment at that time. This allowed him to take the place of the head of Tesla’s board of directors, which he is still. After that under his leadership, Tesla Motors became what it is today – the most expensive auto company in the world, producing not only electric vehicles but as well charging equipment, solar panels and renewable energy generation.

Interesting fact:Many people who talk about Tesla forget that the market for electric cars existed long before Tesla. By 1915, there were 1,325 electric vehicles in Washington, about the same in Detroit, over 4,000 in Chicago, and over 3,000 in New York. At that time, several American companies were engaged in the production of electric cars, including Baker Motor Vehicle Co., Milburn Wagon Co., Anderson Electric Car Company. Henry Ford, who was making his gasoline cars in Detroit at the time, was buying electric cars for his wife, Clara Jane!

Let’s now take a look at the most famous and interesting models of Tesla Inc!

Well, the first production car of the company, and in general the first electric vehicle on lithium-ion battery (without gasoline engine) in the world, was the Tesla Roadster, released in 2008! The production of this car was the most important experience that formed the basis of perhaps the most important car in the history of the company – the Model S! In fact, in terms of technology, the first edition car was not very remarkable. A three-phase four-pole asynchronous motor was used as an electric motor, which made it possible to generate up to 288 horsepower. The power reserve on a full battery was just under 400 km. Acceleration to 100 km / h was carried out in 4 seconds.

Interesting fact: The most amusing thing is that the approach to updating Tesla vehicles, which was laid down during the Tesla Roadster, has been preserved to this day. Tesla electric cars have no generations, they are constantly getting updated, often without loud announcements: somewhere they improve the suspension, somewhere the brakes, somewhere the cooling. Tesla Motors never stops working!

Tesla Motors Model X is an all-electric vehicle with four-wheel drive. On each axis there is a three-phase four-pole electric motor with a single-stage gearbox. They are powered by a battery of lithium-ion batteries located in the storage under the floor, which opens up access to additional free space for luggage under the hood of the car, because there is no longer an engine!

The Tesla Model X was the first all-electric crossover to be created by a technology company using its own innovations. The car is equipped with the latest technology, with a huge number of gadgets and even an autopilot! The Tesla Model X is available with a 5-, 6- or 7-seater saloon, making it a rival to Audi Q7 e-tron and Volvo XC90 T8.

The Model X is the ultimate family crossover with a maximum level of safety and comfort!

Interesting fact: Another important point concerning all electric machines is that they are much more reliable than the classic ones on the internal combustion engine, there is simply practically nothing to break and wear out. That is, the car itself turns out to be cheap to maintain, and the battery technology is designed for mileage of about 1 million km!

In 2013 Tesla unveiled probably the most capable sport utility vehicle on their lineup. It was the Model S that brought Tesla Motors its first worldwide fame. In 2013, the Tesla S became the best-selling luxury sedan in the United States, overtaking the BMW 7 Series and Mercedes-Benz S-Class in the first quarter. And that’s not the surprise, gas prices are rising each year, where Tesla factory produce entirely electric sports car!

The new Model S sedan is equipped with the latest technology! Self-parallel parking, mobile phone control, voice control, 17-inch front touchscreen and rear-seat displays and even an integrated WIFI are just some of the few features and gadgets this electric car is equipped with. The Tesla Model S is designed to be the safest electric vehicle on the road. In the event of an accident, six airbags protect the front and rear passengers, and the high voltage power supply is automatically cut off. What’s more, the Model S now features Adaptive LED headlights. In addition to enhancing an already outstanding styling, they also enhance safety.

Moving on to the innards of the car, it’s best to take as an example the most powerful modification of the Model S Plaid. Its design uses three electric motors at once, two of which individually rotate the rear wheels. This solution allows you to flexibly supply traction individually to each wheel. The peak total power of the three motors is 1034 hp. The “charged” liftback accelerates to 100 km / h in 1.99 seconds, and the top speed with 322 km / h. The cruising range is 628 km.

Interesting fact: The company has built its network of Supercharger fast-charging stations in the US, Canada, Europe and Asia. According to the head of the company Elon Musk, “approximately 80% of the US population is in their coverage area.” It is worth noting that charging the batteries at these stations is free since electricity is generated by solar panels. It takes 30 minutes to replenish half of the battery pack.

In Los Angeles 2019 Tesla announced their first pickup truck – Tesla Cybertruck! The exterior of the novelty is absolutely unique, it cannot be compared with any other car. There are sharp corners and perfectly flat surfaces. According to Tesla’s CEO  Elon Musk, Cybertruck’s appearance is inspired by the classic fantasy film Blade Runner from 1982. An interesting feature of the new pickup will be that in the basic version it will be equipped with two motors in front and behind, and in the top version, which can accelerate to 100 km / h in about three seconds, there will be three motors. The power reserve reaches 800 km 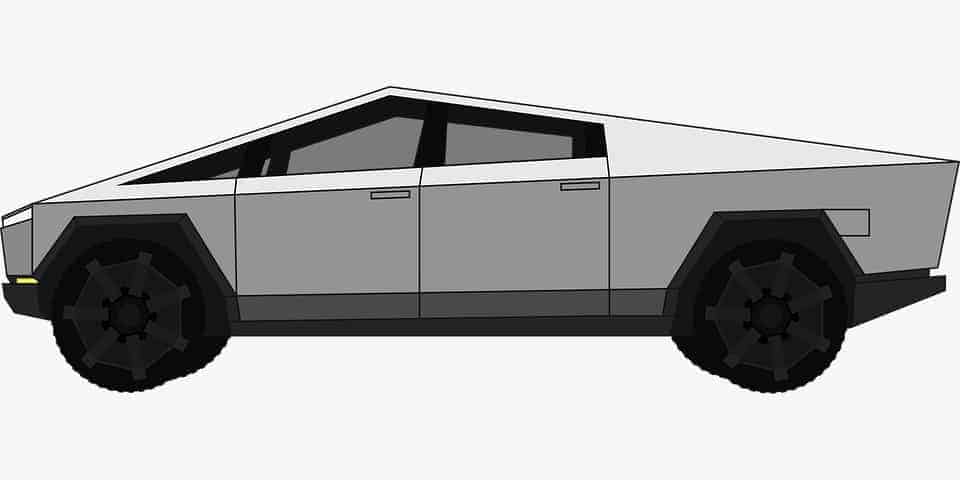 Tesla vice president of development, Lars Moravia, recently announced that Cybertruck is not yet ready to enter the assembly line, and at the same time confirmed that the pickup and Model Y SUV will have common parts. Alas, the company has not yet told more exact dates – it is possible that the first commercial vehicles will be delivered to customers by the end of 2022.

Interesting fact: it was only by 2020 that the company finally showed profit!

-Write your thoughts in the comment section, we would love to hear your opinion and discuss it 😉

The author behind the articles on DRIVAR® is founder and managing director, Phillipp. He possesses years of industry experience, has founded the Germany-wide sports car rental company Motion Drive® in 2009, and is the creative mind behind the car-sharing marketplace DRIVAR® from 2017. Phillipp has been actively involved in motorsport since he was a child and is also a sports car enthusiast in his private life.