10 most iconic cars in video games

10 most iconic cars in video games

It is difficult to find games that do not have transport at all, because the character needs to move around large game worlds. In this regard, cars are widespread not only in racing games, but also in many other video game genres – from RPGs to first person shooters.

Video games have greatly influenced the popularity of certain cars. Moreover, there are models that were not known at all before they entered the world of video games.

Below we are going to talk about the most iconic video game vehicles. Some of them were popular in the real life, some – only in video games, but all gamers are familiar with this video game cars and car brands.

Such a modest-looking car became an icon for fans of motorsports and fast cars. The Supra’s exterior appearance was adopted from the Toyota Celica, but the body became longer and wider. Since 1986 the Supra was separated from the Celica and became an independent model.

The most tuned version of a sports car can accelerate up to 250 kilometers per hour top speed (there is an electronic speed limiter), and acceleration from zero to 100 km/h will take only 5.1 seconds. Toyota Supra is one of the most famous video game car especially among the high speed riders and racing games fans. 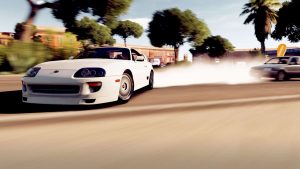 Toyota Hilux is a commercial vehicle of the Japanese brand that can withstand various adverse conditions. Thanks to its incredible capabilities, the Hilux is used in a wide variety of video games, from shooters to races. 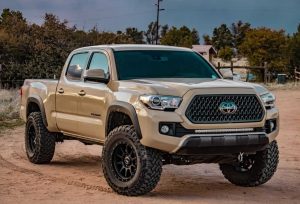 Ferrari Enzo is a two-seat sports car produced by the famous Italian company Ferrari. The model was built in honor of the founder of the concern – Enzo Ferrari. Debuted in 2002 at the Paris Auto Salon, it was produced in limited quantities.

The most expensive and high-tech supercar of its time (according to Forbes magazine), Enzo brought together seemingly two opposite worlds – “formula” cars and ordinary cars, demonstrating the possibility and necessity of using F1 technology in the “ordinary” car world. The legendary Michael Schumacher helped to tune the supercar.

Ferrari Enzo has appeared in video games 199 times. The supercar is well known for fans of the most famous racing game franchise – Need for Speed, as it appeared almost in all parts of the game. 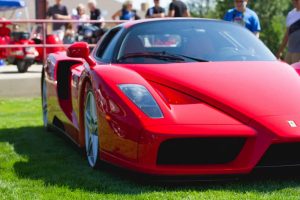 4) Ford Crown Victoria sedan (need for speed, The Last of Us, Call of Duty The Walking Dead)

Ford Crown Victoria has a frame chassis and a rear continuous axle, like a truck. Its engine is not impressive in power, but it can survive the apocalypse. These cars were in almost every American action movie or video game with shooting and chases as a police cars.

Ford Crown Victoria is one of the most iconic police cars which is not only used in video games but also is widely spread in the real life. This popular cars often are sold at auctions and the most featured car model is part of the private collection. 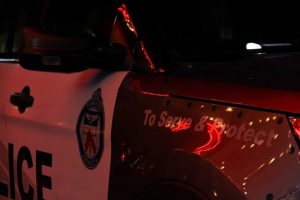 Chevrolet Camaro featured in almost all racing video games. The most pupilar is the fifth generation of the car which has gained a large number of fans around the world.

You can talk about the Camaro model for a long time, but no one in the world can deny that the Chevrolet Camaro has always been an affordable sports car that has been popular not only in the United States, but also in many parts of the world for many years. 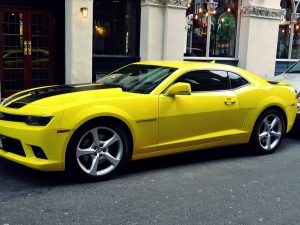 It’s no surprise that the Ford E-Series Ambulance has made it into the top ten, as many video games involve victims in need of medical attention. The car often appears in action-adventure films, as well as racing games such as Forza Motorsport and apocalyptic horror games. 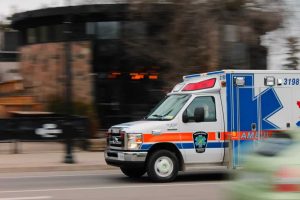 The Volkswagen Beetle is considered one of the most popular car in video games, as it has appeared in them more than 330 times. This model is widely used in popular TV series and movies, such as “Transformers”, “Mad Max: Fury Road”, “Batman” and many others, so it is natural to appear in games, created on their motives.

This car is not known for its racing characteristics, and it is not the fastest car in the world. However it is very popular in real life as it is fun, minimalistic, and affordable vehicle. 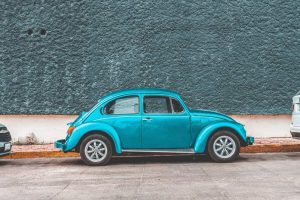 Chevrolet Step Van is well known as a police car or SWAT vehicle in many games, including iconic ones such as Grand Theft Auto or Heavy Rain. Gamers like this model for its interesting unique appearance.

The first version of this car went on sale in 1948, the last modification was introduced in 1966. It was also possible to buy only the chassis of the car for the purpose of further installation of the body and other parts. However, nowadays it is easier to meet this model in the virtual world rather then in real life. But still this vehicles are liked by gamers community and can be deservedly called iconic.

This vehicles deserved its iconic status because of the Need for Speed franchise – extremely popular games. Ferrari F50 was created for participation in GT-1 races that’s why it is frequently used in racing games.

The Ferrari F50 supercar was introduced in 1995 to celebrate the fiftieth anniversary of the Italian brand. It was an open two-seat car with a removable hardtop. The space frame and exterior body panels were made of composite materials. Because of the aggressive sport look this model is extremely liked by the car enthusiasts. 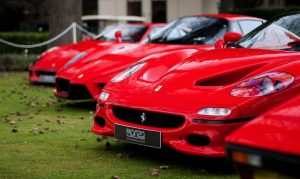 The first Ferrari F40 was released in 1987 for the forty-year anniversary of the brand, it became the flagship model of the company. The car had a two-door closed body, medium-engine layout and rear-wheel drive. Carbon fiber and aluminum were used extensively in its construction, and the windows were plastic. Also for the sake of weight reduction, the interior was made as simple as possible, with no glove box, door handles, door upholstery, or mats. Ferrari F40 is the older brother of Ferrari F40. This specific models are very common vehicles in the virtual world. 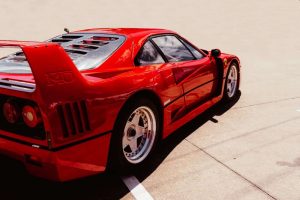 Bonus: made up video game vehicles

The most recognizable character in the world of computer games does not bend to try motorsports – and therefore series of Mario Kart was created, which already has 8 games. In contrast to the kart, which can drive in any park, Mario drives on a special track and collects artifacts that can bring the victory. 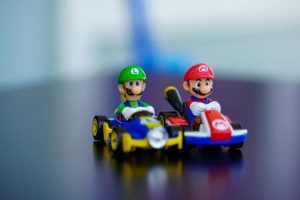 The famous game, which was first published on the arcade, addicted for hours with its unusual story, fun soundtrack and inimitable atmosphere – no wonder that later Crazy Taxi has been ported almost to the all gaming platforms that exist in the world. 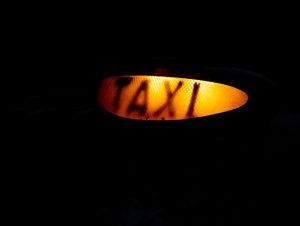